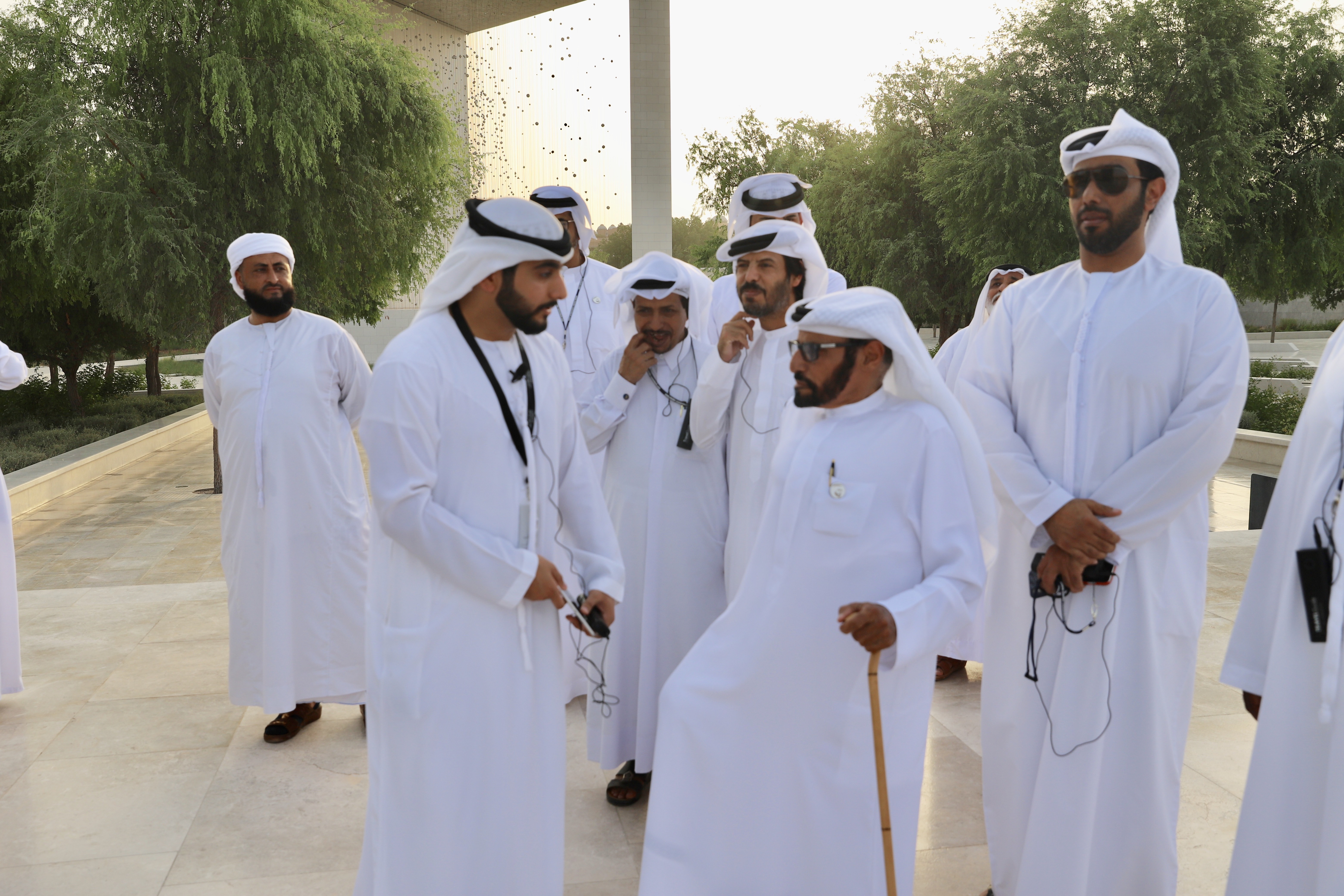 During the tour, the delegation was briefed about the outstanding legacy of late Sheikh Zayed bin Sultan Al Nahyan, manifested throughout the Memorial,and its centerpiece named "The Constellation", a monumental public artwork featuring a dynamic three-dimensional portrait of Sheikh Zayed, which at night shines like stars, evoking the timelessness of the founder's vision as a guiding light for the UAE people

They also learned about the Heritage Garden that reflects Zayed's love of nature, and commitment to the preservation of local flora and fauna, and many plants and trees indigenous to the Arabian Peninsula.

At the end of the tour, the delegation strolled the elevated walkway featuring a series of inspirational quotes from the founder,  that offers a space for quiet contemplation of his wisdom, and they then watched a movie featuring the Memorial's construction phases at the Visitor Center.